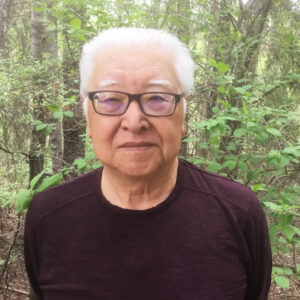 The JC Survivors Health and Wellness Fund jcwellness.org. and BC Redress bcredress.ca were given a big gift from Takashi Ohki, whose statistical analysis of the demographics of Japanese Canadian survivors has illuminated the work being done by both efforts.  BC Redress Project has worked overtime to produce the most recent submission to the BC Government on Seniors Health and Wellness – July 23, 2021 – which includes the Ohki research.  More immediately, Eiko Eby & the Project Office of the Survivors Fund is using Ohki’s Report (2021) to look for and locate survivors in Canada, especially the our most senior and frail elders.

Mr. Ohki is an active community member in Edmonton, where both he and his wife Sanae are well known for their volunteer work.  We caught up with Takashi-san to ask him a bit more about his work and life.

In his own words

When I was NAJC Treasurer (2009 to 2012), I wanted to find out how large was the Japanese Canadian community. I wrote a paper, “Demographic Characteristics of Japanese Canadians in 2016 from 2016 Census of Population,” in November 2017. For the last two years or so, I have been translating major articles on the NAJC website into Japanese and became familiar with the BC redress campaign. I soon realized that I could estimate the number of surviving Japanese Canadians from the 2016 Census of Population and thought that an estimate would be useful for the BC redress campaign.

1964 to 1969 — Graduate student (we lived on scholarship)
1969 to 1975 — Assistant professor of economics, the University of Lethbridge
1975 to 1995 — Economist, manager, futurist (a person developing future scenarios for government and private companies)
1995 to 2010 — Economic and business consultant with three partners

We became permanent residents in 1969 and then Canadian citizens in 1976.

Some events to which we invite surviving senior (free) and their family members (pay fees) so that they can be formally informed that the Government of British Columbia apologized for their wrong doing; such as lunch gathering, short day trips, visiting them at senior homes with a gift. The idea is to make the event memorable to place one period on the history of Japanese Canadians.

For the last two years or so, I have been translating papers and books on history of Japanese Canadians from English to Japanese and Japanese to English. At present, I am translating Ann Sunahara, “The Politics of Racism.” Into Japanese with my Japanese friend and historian. I think I can continue my translation work for a while.

It remains to be seen whether the Mr. Ohki will be boarding a plane anytime soon to continue his love of travel.  What we know for now, is that his research is looking to have a positive impact on 1000s of Japanese Canadian survivors.

And for that, Mr. Ohki, we THANK YOU. どうもありがとうございます。